When we first launched the Esper Genesis Kickstarter campaign, we aimed to add on an extra player race as a backer number stretch goal. Though I already had an idea of what species I would create, I suddenly had the urge to let the backers decide where to go with it.  To make a long story short, the Belare species, to my surprise, overwhelmingly surpassed the other options.

Though we were excited to bring this new player race as an optional addition to EG campaigns, a dual-natured species like the belare required a bit more development. The final version was released within the timeframe and resources available.

In a Nutshell (or... Starshell)

To provide a simple description of the belare, they are intelligent beings evolved eons ago from the energy reaction within the stars of a long lost solar system.

Because of their inability to interact with (or survive in) other environments in the galaxy, many of their kind chose to bind their physical forms into bio-mechanical containment suits. These suits not only allows them to interact with people and places in the same way as most other major species, it also protects them and those around them from the unstable molecular reaction their physical bodies have with the environment around them.

With so many variables that could arise from such a species, I decided to leave it as an optional species, which the Game Master could just as easily exclude from their campaign altogether. More importantly, they are also not allowed for use in the Crucible Corps Organized Play campaign for the primary purpose of game balance.

With these rules compromises, we were able to include the belare into the Core Manual within the constraints we had for initial development.

Since the belare were an entirely optional player race, the original intention was to leave a few of the more situational aspects of the belare completely up to the discretion of the Game Master. With the increase in the fanbase, however, also came an increase in demand for official rulings on certain aspects of the belare and their abilities. While, just as with everything else, leaving the GM as the final arbiter over these questions would be fine for any campaign, I also felt that perhaps there wasn’t a clear enough definition as to the belare’s concept, particularly that behind their dual-nature, as well as the purpose and function of their containment suits.

This became even clearer after receiving numerous private messages, emails, and inquiries on social media. One in particular was from Zac Clay, an awesome industry professional who has splendidly portrayed his belare character on the official Esper Genesis Livestream Campaign on Twitch. His list of questions and comments along with so many others left me both amazed and pleased with how popular the species has grown amongst players.

To bring the belare more into the fold of most games, I felt the best way to do so would be to not only provide some background clarification, but to revise some of the primary mechanics that would allow belare players to more easily interact with and adapt to more campaign scenarios. Since we are unable to include these in the printed versions of the Core Manual, the belare is the perfect choice for our first installment of this series, which point out the changes made to them in the October update to the Core Manual Errata and the PDF update on DriveThruRPG.

The Healing Factor. Since a belare containment suit has both mechanical and bio-organic traits, the biggest change is to allow healing from esper powers and similar effects, while still keeping them susceptible to any attacks or abilities that can have specific effects on constructs and automatons.

Inherent Nature. As it’s already established they don’t need sustenance nor sleep and come from a home with no atmosphere, it was a presumption that belare also do not need oxygen to breathe. This is now officially included in the traits. Their resistances to disease and certain damage types are clarified as well.

Outside of the Suit. As volatile energy beings, the belare containment suit is both a mode of survival and a means of integration with the rest of the galaxy. The idea behind this concept was although it’s an option to leave their suit, it was to be regarded as an absolute last resort, as doing so was not only extremely dangerous to the belare, but also to all those around them. With the addition of the ability to easily acquire healing, the rules for exposing a belare’s physical form to the atmosphere has also been updated to coincide with the original intention of why these suits are integral to their function in galactic society.

As pointed out above, these changes appear in the updated Core Manual PDF and the Core Manual Errata for those who possess the physical version. Several other corrections and clarifications can also be found in the updated errata and PDF.

I included a clip of my own description of the belare, as well as how they are integrated into the EG lore, both past and present. 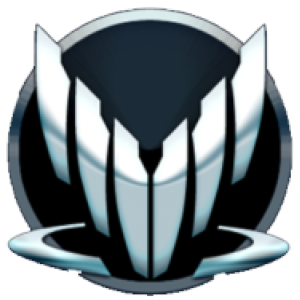 OGL 1.1 and Esper Genesis We've received many questions regarding the rumored changes coming to

Starforger's Guild and Crucible Corps We’re gearing up for a new year of possibilities, starting

Now Available on Esper Genesis has partnered with Shard! Bring your heroic sci-fi campaign to